September 19, 2011
I recently made two punch collages to give to my sister for her baby girls nursery. Since they already have the room ready from having my nephew I thought it would be lovely to have something new and girly to add to the walls. 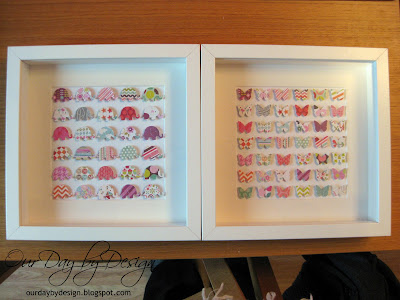 I first saw the idea on Ali Edwards blog (not sure how I ended up there in the first place) where she had made a version with a Martha Stewart classic butterfly punch then a heart punch. Since I already have the Martha Stewart 3-in-1 classic butterfly punch I thought it would be a lovely thing to make for our future nursery. Since we hadn't yet found out what we are having, and butterflies are more suited to girls, I decided to make one for my sister first. I thought they would look better as pair or trio so when I was searching for patterned paper pads I liked, I also found an elephant punch, which will work for a girl or a boy. While searching on eBay I also came across a ladybug punch and a seahorse punch, both of which would also work for a girl or boy so I ordered those as well. 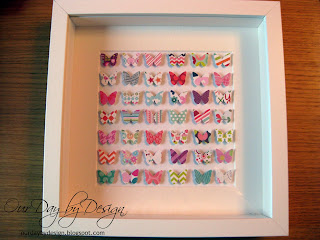 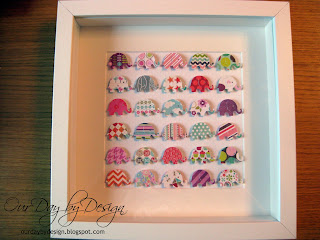 I have tried a lot of punches, some good and others not so good, and I have found the Martha Stewart or Fiskars ones to be the best; I do have some cheap snowflake and circle / square ones from Hobbycraft which are ok but you definitely get what you pay for. The cityscape punch we used for our wedding DIY was also a Martha Stewart one and I also have a few others from that range as well. 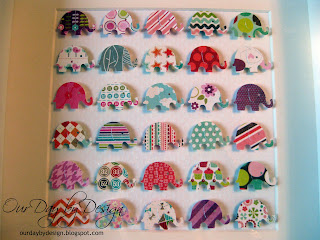 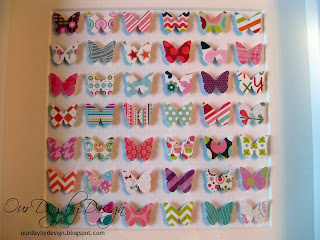 The only place I could find white box frames the square shape I wanted was in Ikea's Ribba range although I replaced the mats with ones with a larger aperture from Hobbycraft. I could have just cut the original ones but I didn't want the edges to look too messy. 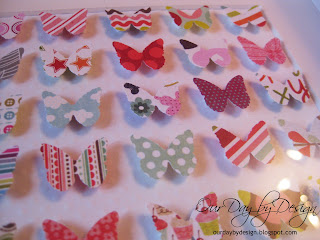 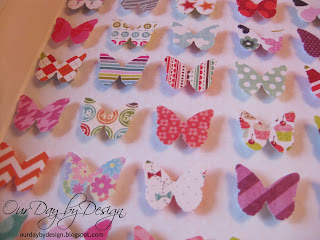 I set about punching loads of different patterns from the pads I had bought; then had to choose which ones I preferred to use in each collage. I kept the same arrangement of patterns for both collages so there is some uniformity between the two then just added an extra strip to the right side and at the bottom of the butterfly one. I used a lot of flowers, stripes, patterns & stripes in bright and pink colours, a lot of which came from the My Mind's Eye lime twist range. The punched butterflies and elephants were stuck onto a piece of salt dotted swiss cardstock, also bought from Hobbycraft, using 3mm foam squares which also lifted them up, the main reason I wanted to use box frames. I did mark some lines on the paper to try and keep the lines straight but it was mostly done by eye and I think it turned out ok. If they were too accurate they wouldn't look handmade. 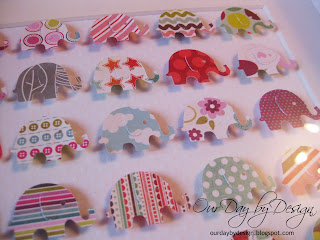 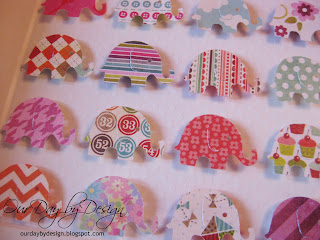 Now that we know we are having a boy, I plan to make three for our nursery; using elephants, ladybirds and seahorses. I have already punched all of the pieces out from my patterned paper pads {I got a couple more boy suitable ones with less flowers & pink} so I just need to decide on which colours I prefer and placement of them all. I do love how my first project isn't a concern about the wall or cot colour but what I'm going to put on the wall!

I love hearing from you; thanks for leaving a comment!

Other places to find me